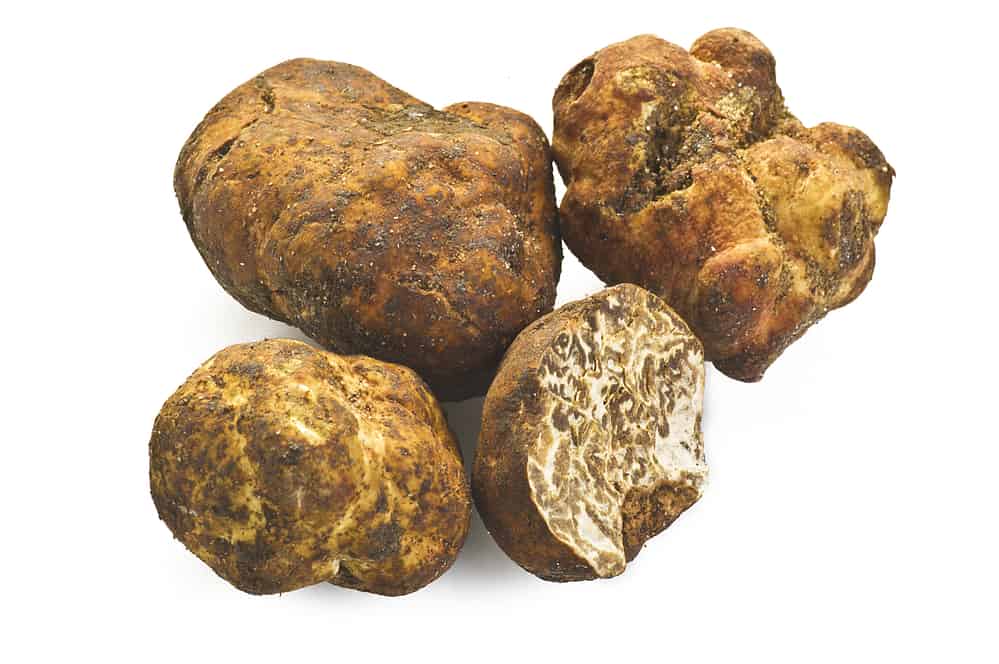 Chances are, you’ve heard of the truffle mushroom and the price it demands at the market. Truffles are delicacies at fancy restaurants and treasured by chefs and gourmets around the world. There are several types of truffles, though, and one stands clearly above the rest as being the rarest. 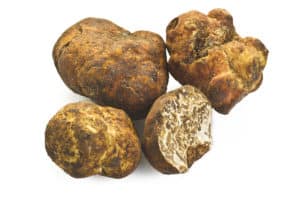 The White Truffle – An Expensive Rarity

White truffles are pale cream to light brown with white marbling. They grow in conjunction with poplar, beech, oak, and hazel trees. They grow from September to December in parts of northern Italy, Slovenia and Croatia, and in one area of France. That’s it; a very small distribution!

These truffles grow underground and are sniffed out by pigs, or more commonly dogs. Unlike pigs, dogs aren’t interested in eating their finds, which is a much better situation for the forager trying to profit from them. When the sniffer eats the discoveries, profits drop!  Finding white truffles is difficult, time-consuming, and is only possible in a few small parts of the world.

Besides the effort needed to forage them, white truffles are expensive because they cannot be reliably commercially cultivated. A season’s crop depends entirely on Mother Nature and the weather, meaning that there are vastly different harvests from year to year. Adding to this is the problem of preserving the truffle once it is dug up. White truffles begin deteriorating in flavor quickly. Foragers work hard to get their finds to restaurants and distributors as quickly as possible, so the truffle’s full flavor can be experienced.

White truffles will continue to be the rarest edible mushroom as long as they evade commercial cultivation. Even if that does happen, though, the demand for wild foraged types will likely still command hefty prices. If you’ve tasted a real white truffle, count yourself among the lucky and blessed to have experienced this fungi wonder!